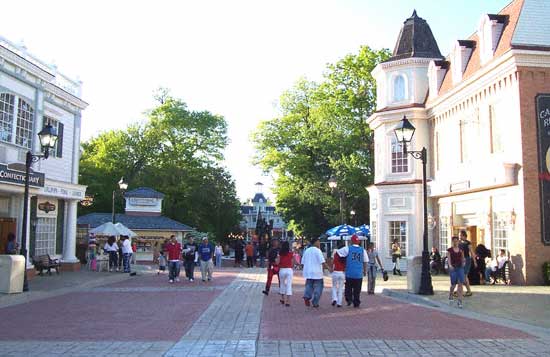 Largo, located within greater Upper Marlboro, Maryland, Largo is an unincorporated area and census-designated place in Prince George’s County, Maryland, in the United States. The population was 10,709 at the 2010 census. Largo is located just east of the Capital Beltway (I-95/495) and is home to Prince George’s Community College and Largo High School. Six Flags America amusement park (formerly known as Wild World and Adventure World) is to the east in Woodmore, and FedExField, the Washington Redskins’ football stadium, is across the Capital Beltway in Summerfield. Watkins Regional Park in Kettering just to the east of Largo (operated by the Maryland-National Capital Park and Planning Commission) has an old-fashioned carousel, miniature train ride, miniature golf, the Old Maryland Farm, a very large playground, and animals on display. Largo is not a post office designation but is at the northern end of the Greater Upper Marlboro ZIP code area. Since the transit system’s expansion in late 2004, Largo Town Center has served as the eastern end of the Blue and Silver Lines of the Washington Metro.