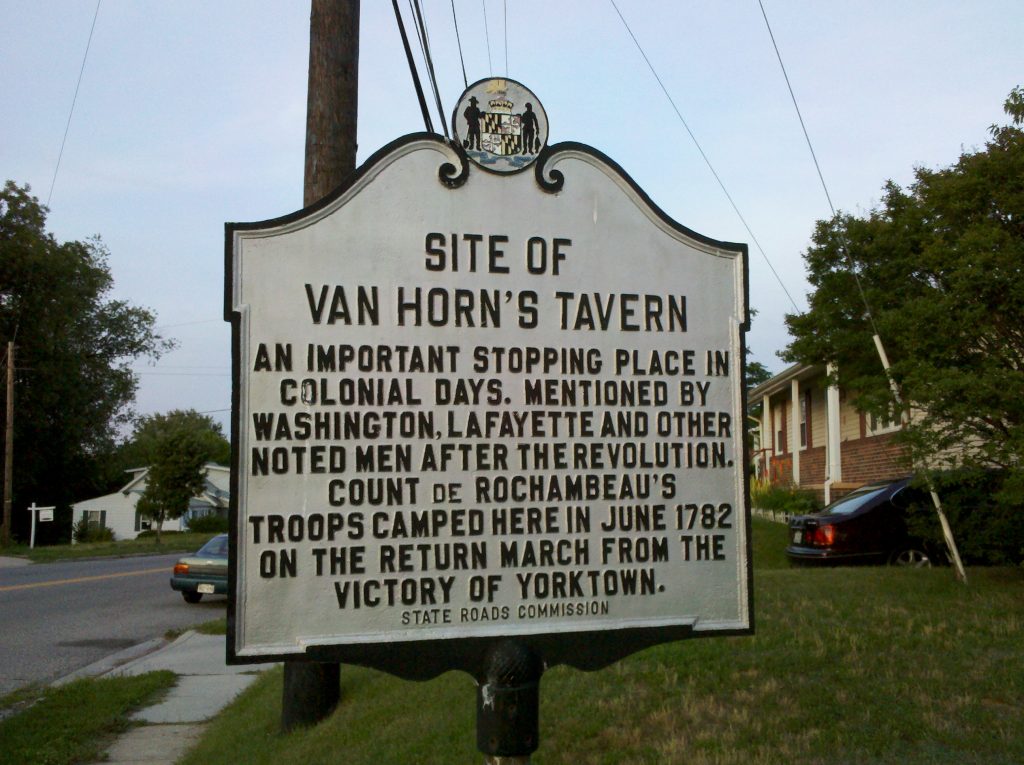 Beltsville’s history dates back to 1649, when the land was part of an 80,000-acre (324 km2) land grant given to Richard Snowden I by Lord Baltimore of England. Snowden and his family were planters who established large plantations on which they built comfortable manor homes. Soon after, other settlers moved into the area, but they were farmers who could only afford a few acres of land and whose families lived in small cabins. The principal crop was tobacco, most of which was shipped to England. Because of the fertile soil and desirable growing conditions, the crops prospered. Industry came to Beltsville in the early 18th century when iron ore was discovered in the area. The Muirkirk Iron Furnace on US 1 was established by Andrew and Elias Elliott, who learned their iron-making skills in Muirkirk, Scotland. They produced some of the best-quality pig iron in the country and supplied the U.S. Army with cannons, shot, wheels, and other iron products during the Revolutionary War and the Civil War.

By 1730, Post Road (now part of US 1) was the main thoroughfare through Beltsville. Though crude, it made stagecoach travel possible. In 1783, Gabriel Peterson Van Horn established a stage line and built the Van Horn Tavern on Odell Road, where passengers could spend the night as they traveled between Baltimore and Washington. The trip took one and one-half days. Beltsville has a distinguished Revolutionary War hero as its native son. Brigadier General Rezin Beall, who was born on Turkey Flight Plantation on Old Gunpowder Road in 1723, prevented a British invasion at Drum Point on the Chesapeake Bay with only 100 men. He is credited with the fact that there are no Revolutionary War battlefields in Maryland. In 1835 one of the first rail lines in the country, the Washington branch of the B&O Railroad (Baltimore & Ohio), was built through Prince George’s County. Coming from Baltimore, the line entered the county at Laurel and ran southwesterly to Bladensburg, then into Washington. B&O established a rail stop and freight depot on land purchased from a tobacco farmer named Trueman Belt, and they named the place after him. The new community of Beltsville was doubly blessed, for the Baltimore-Washington Turnpike crossed the rail line there. It soon became a thriving little trading center, eclipsing the older community of Vansville further north on the pike.

As the federal government grew, in 1910 the U.S. Department of Agriculture (USDA) began to purchase land in Beltsville for its Agricultural Research Service, the main in-house research arm of the USDA. The land now houses the Henry A. Wallace Beltsville Agricultural Research Center (BARC). The first parcel acquired was 375 acres (1.5 km2) of the Walnut Grange Plantation with its historic “Butterfly House”. The Center eventually encompassed 14,600 acres (59 km2) and became the largest and most prominent center of agricultural science research in the world. There are a number of historic homes and buildings still standing in Beltsville. The oldest home was built in 1773. One of the largest of the older buildings, built-in 1880, was the three-story Ammendale Normal Institute, which was destroyed by fire in 1998. In 2003 Kevin Kennedy started a group that aimed to have Beltsville incorporate into its own municipality. By 2004 the 12-member group, named Committee to Incorporate Beltsville, advocated for getting the issue on the ballot. By late 2004 the group began efforts to collect 3,000 signatures on a petition so the issue can be put up for election; this would represent about one-quarter of the persons in Beltsville who were registered to vote. By the deadline in March 2005 they failed to get sufficient signatures as they only had 2,000. Ritz Camera Centers was headquartered in Beltsville. The chain included Ritz Camera, Wolf Camera, Kit’s Camera, Inkley’s, Cameras West, and The Camera Shop. The company also owned Boater’s World Marine Centers, which was headquartered in the same building. The company was acquired in 2012 and the Beltsville headquarters was closed.