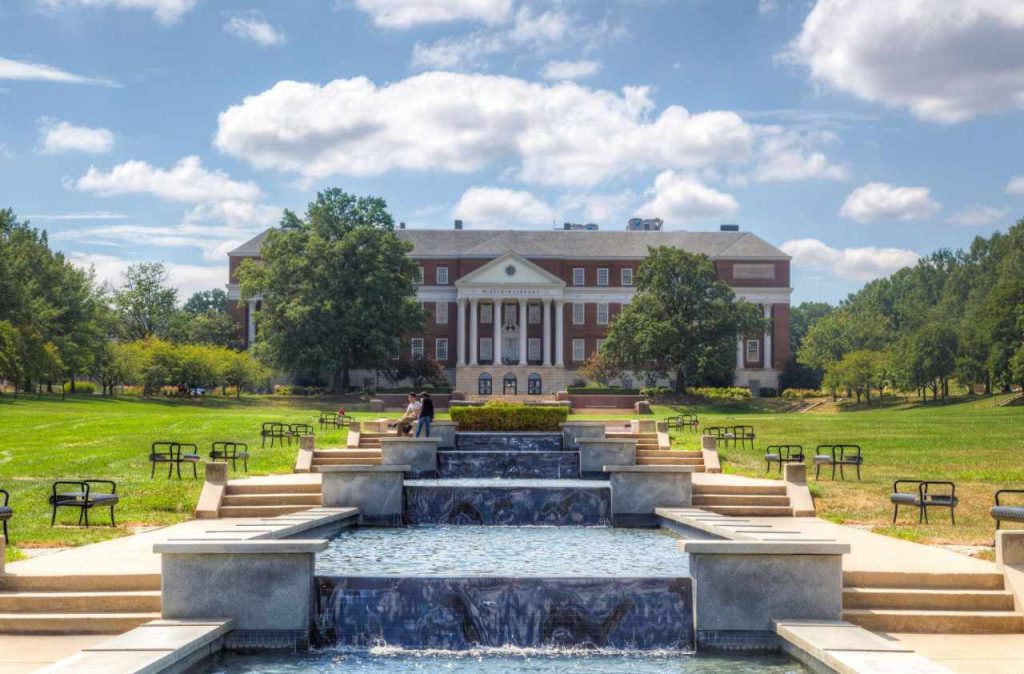 George Calvert, 1st Baron Baltimore, applied to Charles I for a royal charter for what was to become the Province of Maryland. After Calvert died in April 1632, the charter for “Maryland Colony” was granted to his son, Cecilius Calvert, 2nd Baron Baltimore, on June 20, 1632. The colony was named in honor of Queen Henrietta Maria, the wife of King Charles I. Led by Leonard Calvert, Cecil Calvert’s younger brother, the first settlers departed from Cowes, on the Isle of Wight, on November 22, 1633 aboard two small ships, the Ark and the Dove. Their landing on March 25, 1634 at St. Clement’s Island in southern Maryland, is commemorated by the state each year on that date as Maryland Day. This was the site of the first Catholic mass in the Colonies, with Father Andrew White leading the service. The first group of colonists consisted of 17 gentlemen and their wives, and about two hundred others, mostly indentured servants who could work off their passage. After purchasing land from the Yaocomico Indians and establishing the town of St. Mary’s, Leonard, per his brother’s instructions, attempted to govern the country under feudalistic precepts. Meeting resistance, in February 1635, he summoned a colonial assembly. In 1638, the Assembly forced him to govern according to the laws of England. The right to initiate legislation passed to the assembly. In 1638, Calvert seized a trading post in Kent Island established by the Virginian William Claiborne. In 1644, Claiborne led an uprising of Maryland Protestants. Calvert was forced to flee to Virginia, but he returned at the head of an armed force in 1646 and reasserted proprietarial rule. Maryland soon became one of the few predominantly Catholic regions among the English colonies in North America. Maryland was also one of the key destinations where the government sent tens of thousands of English convicts punished by sentences of transportation. Such punishment persisted until the Revolutionary War. The founders designed the city plan of the colonial capital, St. Mary’s City, to reflect their world view. At the center of the city was the home of the mayor of St. Mary’s City. From that point, streets were laid out that created two triangles. Located at two points of the triangle extending to the west were the first Maryland statehouse and a jail. Extending to the north of the mayor’s home, the remaining two points of the second triangle were defined by a Catholic church and a school. The design of the city was a literal separation of church and state that reinforced the importance of religious freedom. The largest site of the original Maryland colony, St. Mary’s City was the seat of colonial government until 1708.

Battle of North Point Monument (dedicated 1815), ca. 1870–1875, which appears on both the flag and the seal of Baltimore, Maryland The British marched next to Baltimore, where they hoped to strike a knockout blow against the demoralized Americans. Baltimore was not only a busy port, but the British thought it harbored many of the privateers who were despoiling British ships. The city’s defenses were under the command of Major General Samuel Smith, an officer of Maryland militia and a United States senator. Baltimore had been well fortified with excellent supplies and some 15,000 troops. Maryland militia fought a determined delaying action at the Battle of North Point, during which a Maryland militia marksman shot and killed the British commander, general Robert Ross. The battle bought enough time for Baltimore’s defenses to be strengthened. After advancing to the edge of American defenses, the British halted their advance and withdrew. With the failure of the land advance, the sea battle became irrelevant and the British retreated. At Fort McHenry, some 1000 soldiers under the command of Major George Armistead awaited the British naval bombardment. Their defense was augmented by the sinking of a line of American merchant ships at the adjacent entrance to Baltimore Harbor in order to thwart passage of British ships. The attack began on the morning of September 13, as the British fleet of some nineteen ships began pounding the fort with rockets and mortar shells. After an initial exchange of fire, the British fleet withdrew just beyond the 1.5 miles (2.4 km) range of Fort McHenry’s cannons. For the next 25 hours, they bombarded the outmanned Americans. On the morning of September 14, an oversized American flag, which had been raised before daybreak, flew over Fort McHenry. The British knew that victory had eluded them. The bombardment of the fort inspired Francis Scott Key, a native of Frederick, Maryland, to write “The Star-Spangled Banner” as witness to the assault. It later became the country’s national anthem.

Maryland’s Eastern Shore and Western Shore embrace the Chesapeake Bay, and the many estuaries and rivers create one of the longest waterfronts of any state. The Bay produces more seafood—oysters, crabs, clams, fin fish—than any comparable body of water. Since the 1950s, fish stocks have declined due to increased residential and commercial development in the area and the attendant amount of nutrients, sediment, and toxic substances polluting the water. In 2009, President Barack Obama signed the Chesapeake Bay Restoration and Protection Executive Order that called on the federal government “to restore and protect the nation’s largest estuary and its watershed.”