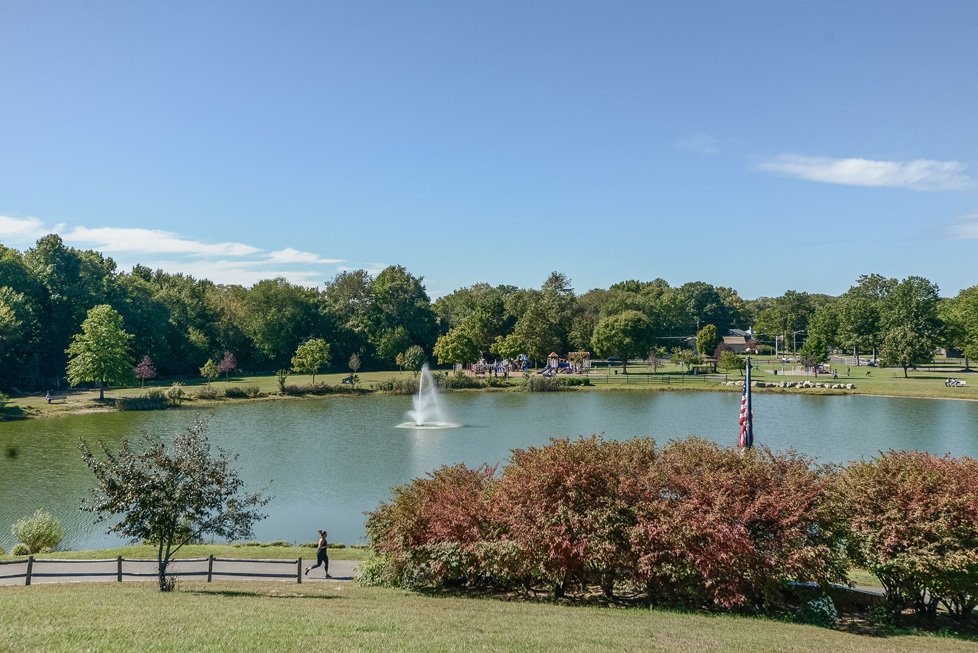 Mount Laurel’s heritage is one of the most interesting in the State of New Jersey. 75 to 100 million-year-old shark’s tooth fossils have been found in Mount Laurel. The Lenape Indians were settled in the Mount Laurel area by 1400, and established trails that some of today’s roads still follow. The first Quaker settlers from England moved into the area in the late 1600’s. In 1688, William Evans of Rancocas (in today’s Westampton) was recorded as the first to purchase 300 acres of land here around the prominent 164 foot mount, from both the New Jersey proprietors and from the Indians. He and his wife Elizabeth lived in a cave dug into the mount until they built a log cabin near where the Meeting House now stands. The Quaker Meeting House, next to the mount, was begun in 1760 and is now the oldest in Burlington County. Both it and the “Clinton House” on Mt. Laurel-Evesboro Road were used during the Revolutionary War by the Brititsh as they retreated across New Jersey in mid-June 1778 from Philadelphia to the Battle of Monmouth and New York City. The adjoining schoolmaster’s house was built in 1783.  While not officially being settled until the early 17th century by Dutch settlers the town is very proud of their Native American Roots. Even today locals still claim to find evidence of the Lenape tribe on their properties. The most prominent of the settlers’ families was the Evan’s family whose descendants still reside in Mount Laurel and surrounding areas to this day. While the town has gone through several names over the couple hundred years like “site of the mount” and “Mount Pray” they all revolved around the towns large Hill. The early 19th century was when Mount laurel township really began to take off with several small villages and factories popping up along the Rancocas river. Today the town is mainly known for its countless corporate centers, headquarters and close location to Philadelphia.

Schoolteacher Hannah Gillingham suggested the name “Mount Laurel” due to the profusion of laurel on and around the mount, and the name was formally adopted in 1849. Today the 10-acre mount is the smallest state park in New Jersey. Mount Laurel Township was formed from Evesham Township by an act of the State Legislature on 7 March 1872. Mount Laurel originally had many farms, with a number of villages like Fellowship in the southwest; Mt. Laurel, Colemantown and Petersburg near the mount; Centerton along the Rancocas Creek; and Hartford and Masonville along the 1867 railroad. Mt. Laurel Village had the Enterprise Library of 500 books, founded in 1874. Centerton had a wharf for the steamboats which went to Philadelphia from 1823 to about 1910, a bridge over the Rancocas Creek built-in 1834, and the nation’s first phosphorus factory. In the 1920s Masonville/Rancocas Woods had an amusement park along a lake formed by damming Mason’s Creek, which people visited by trolley. Mt. Laurel remained largely rural until 1962 when Ramblewood, the first of many Mount Laurel housing developments, began to build out the town.